So this is the magical process of colouring in (Sarah style). Now I'm aware that this isn't quite as perfect as some colourers... I think that it's fair to say that I have 95 of them... so I better not get too bogged down with detail and they look okay... right? 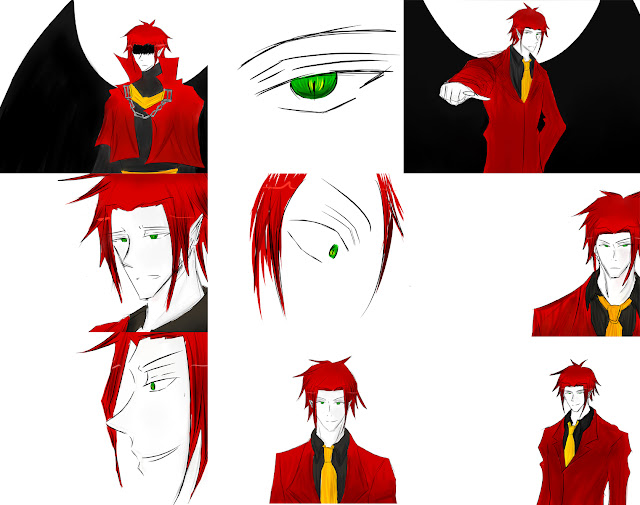 8 of 21 That I've done so far... In two days! Good productivity...All I need to do once I've coloured them is add texture (and text on some) and they are done... I might actually be able to finish this project in 2 weeks time... that would be exciting...
Like last time, I'm colouring in rushes so things stay consistent... and like last time, Mephilstopheles is first, partly because his colours are more vibrant and secondly because he's easier to colour, I thought it'd be good to do him first to get into the swing of things...
Also expect a post with concept art by me and other artists soon! I've got some of them already... they look amazing... they are going to be used as easter eggs.
Posted by Unknown at 23:22 No comments: 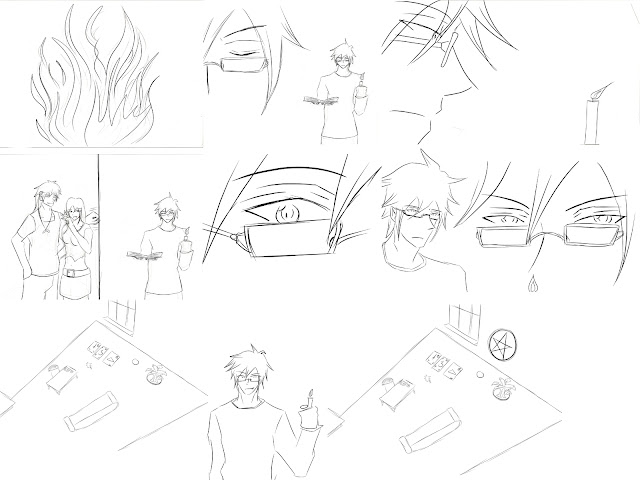 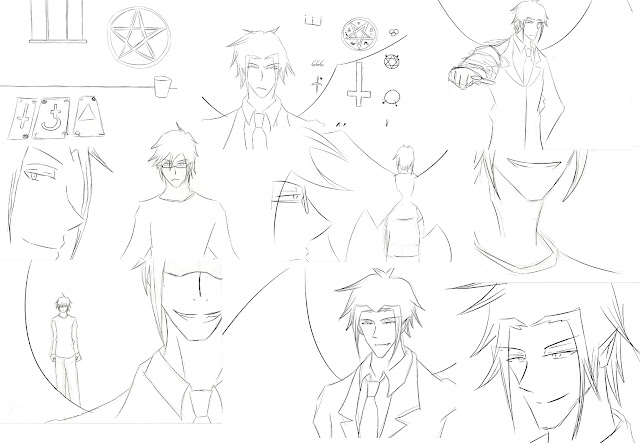 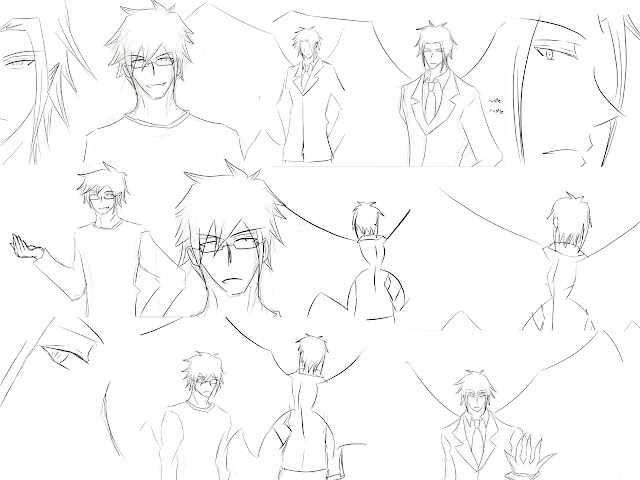 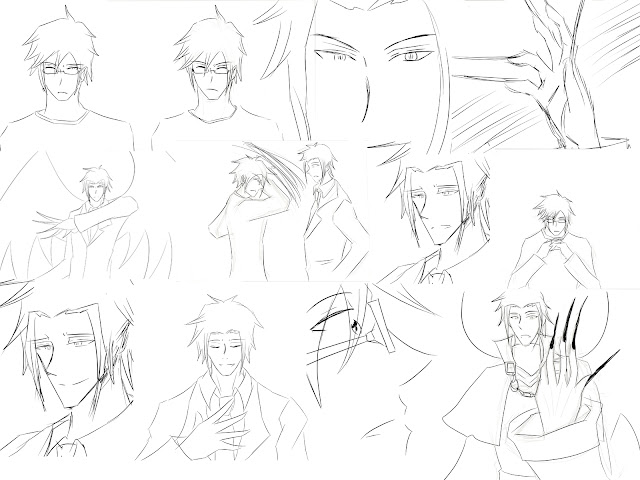 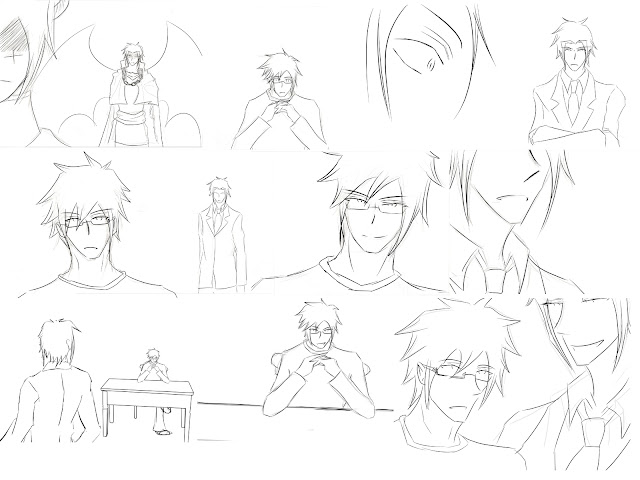 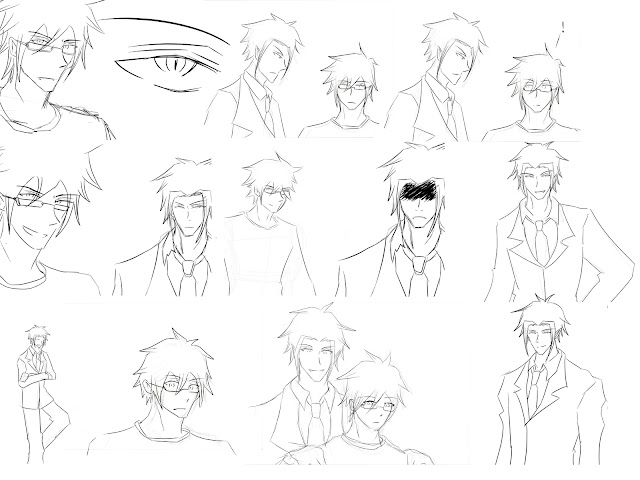 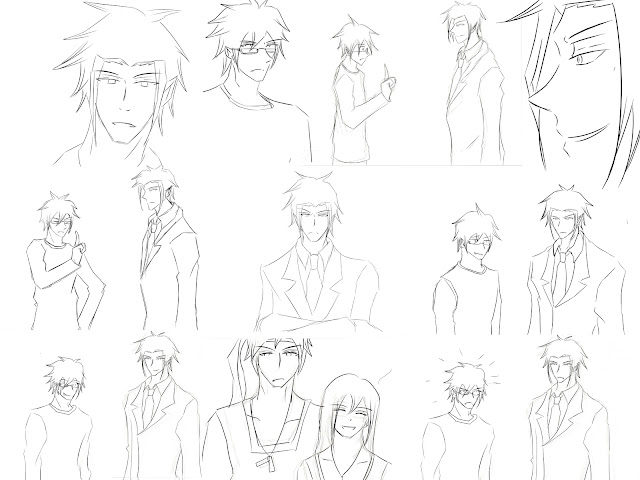 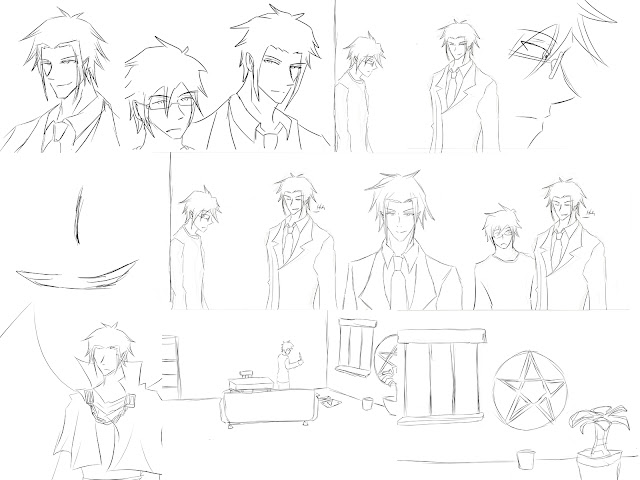 this is what about 95 drawings looks like (some didn't fit :()
COLOURING STARTS TOMORROW :D
Posted by Unknown at 23:37 1 comment:

Email ThisBlogThis!Share to TwitterShare to FacebookShare to Pinterest
Labels: drawing

Only 13 drawings left! And will get interactive bits done by thurs

I'm so close to being finished now drawing wise and I'm so happy about it! the colouring won't take half as long, I can't wait to get my essay and annoying stuff out of the way and MAKE FAUSTUS! it's been too long. But I think I will safely be able to code the majority of it. I did think of an idea where the spacebar allows for the subtitles to go on and off during the thing, I saw it on a BBC interactive game and thought it was a great idea, so I've decided to borrow the idea.
There is one major code problem I might have, but I think there is another workshop before then, so I should be okay...
Before I go here is a silly story that happened during production... So I was telling my friend about one of the scenes in the piece where Faustus and Mephilstopheles are interupted whilst they are talking, scholar one and two come in and say "I think Johns.... busy..."
the voice actors have done a great job, but one of them and later a completely different group of friends said.
"You know what... I think that 'busy' sounds like they are getting up to... romantic stuff... you should have a gag ending like that."
this is practically what my friends suggested I do instead. 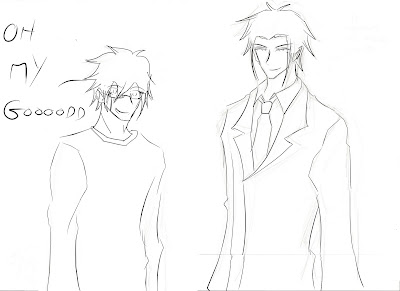 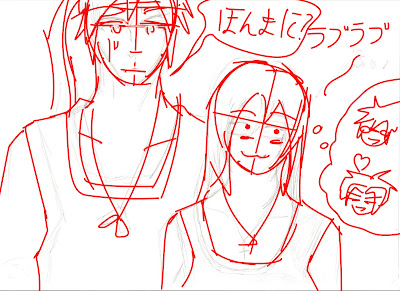 THIS WAS NOT HOW I PICTURED IT, but it is kind of funny.
Joking aside, I have revisited the stills before this part of the dialogue comes up, to avoid this misconception....
Posted by Unknown at 23:39 No comments: 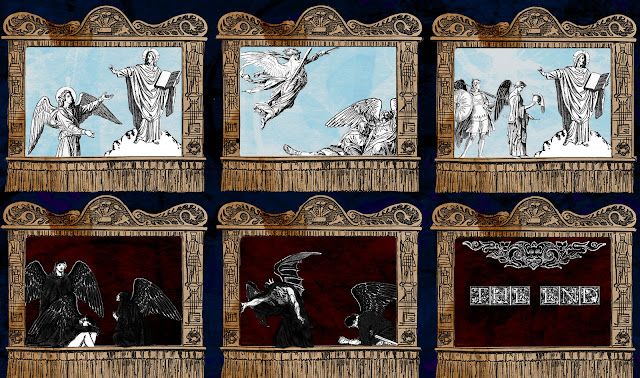 TA-DA! This is one of the interactive sections, in that the scene plays and you get the option to go to one scene and then to next, or go backwards etc, etc...
Posted by Unknown at 22:24 No comments:

Coded up interactive one and have idea for the next

So after coding the first interactive part of the flash (yay!) I am now thinking about what I'm going to do for the next bit... and I thought that doing something that echos back to the original faustus would be good, I said I'd wanted to do something abstract for the telling of heaven and hell... and I had the perfect idea for it.
I'm going to do it like a traditional punch and judy show (obviously nowhere near as elaborate...)
but it's going to be quite good... I'm excited I found this in the public domain and other images like it, so it makes this part of the project doable... I can't wait to code it now 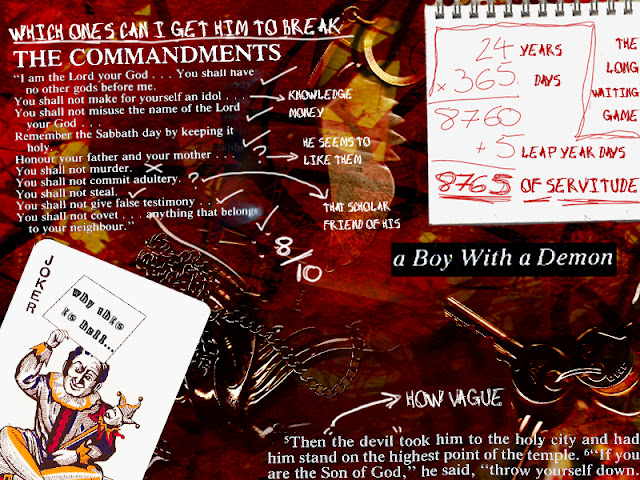 Here is the first one of my interactive sections! The Mephistopheles interactive collage! There will be a mask of this stuff and then you use the mouse to search the collage to read all of the stuff and discover things that you'll need to know later on in the interactive sections :D
I'm pretty chuffed with it...
Posted by Unknown at 22:16 No comments: 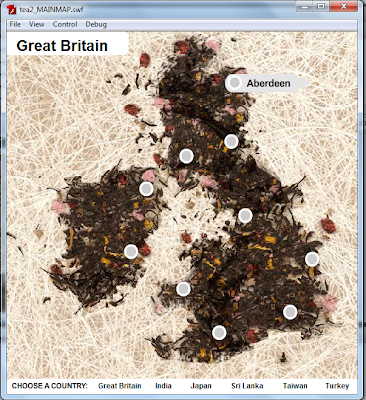 I will just finish off the animations, do the boards... and then collapse in a pile :P
Posted by Unknown at 17:50 No comments: 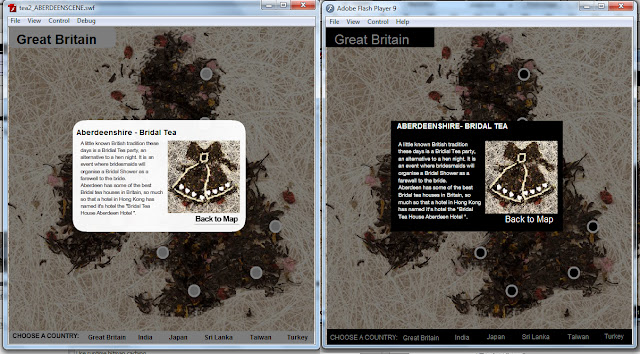 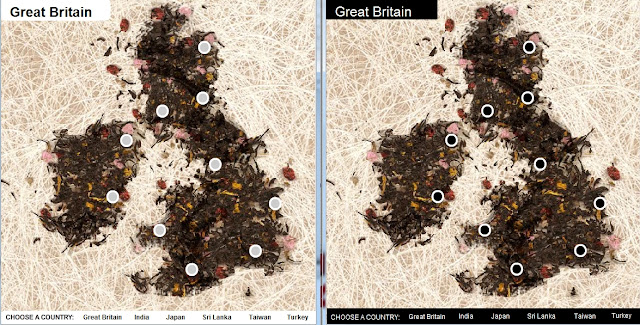 Wow for productive day... I've even done a colour test... I am impressed, I'm quite happy with this style and it didn't take too long so I've decided this is the one I'm going to go with. Hair and eyes are fun :D
Posted by Unknown at 22:57 No comments: 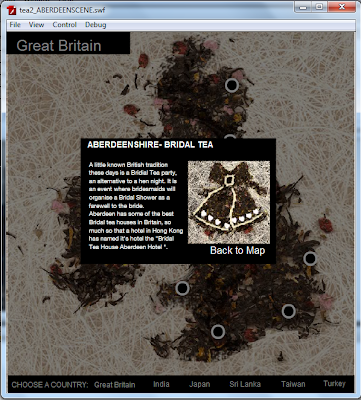 White on black or black on white? Which is better? I'm not sure >.<

Yes, that's right I have done 64 drawings (today I've done 15 so I'm pretty happy with that). Trying to keep the quality up when you know they have to be done soon is difficult, but I'm going to start the code and interactive sections I think and carry on with the drawing a bit later on in the month
Posted by Unknown at 20:56 No comments:

Email ThisBlogThis!Share to TwitterShare to FacebookShare to Pinterest
Labels: drawing

Not much project due to other deadline... 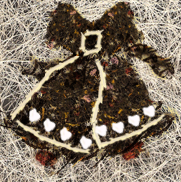 Wow the new uploader on this blog is really rubbish... Anyway, I'm afraid project has been a bit on the back burner this week. Truly not out of choice, because it's by far my favourite module, but I have to try equally hard in each module so.
These are icons I'm making for information design (OUT OF TEALEAVES)
And my word it's been hard work (It's taken me two days to make these!)
Thank Goodness I've only got one left, and I've nearly finished the Info design brief! 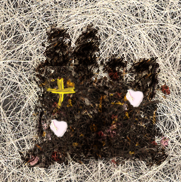 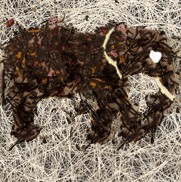 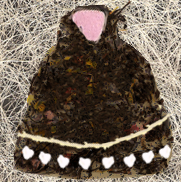 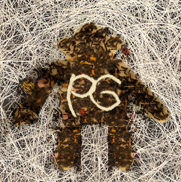 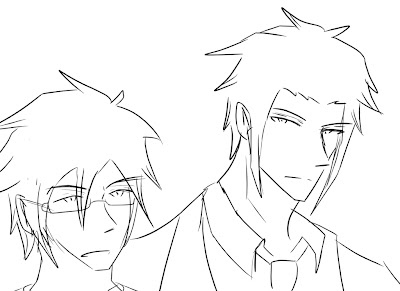 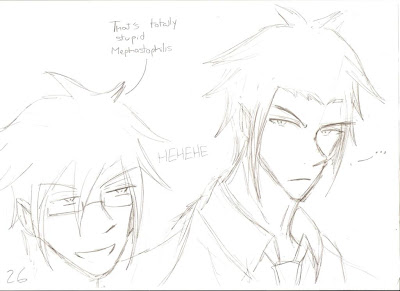 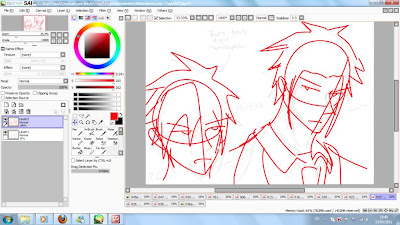 So I have been doing some drawing this weekend, for a number of reasons.
1) I did the first part of the BBC job application yesterday, it was REALLY HARD!
2) I was at home and found out I have sinusitus... ;_; so I've been a bit knocked out with that. But I should be okay now!
3) I've been really worried about tsunami as I have many friends and my sister in Japan so I was really worried. I've found out they are okay now... I just want everything to settle down there.

Given that I haven't been able to concentrate properly for the above reasons, I thought it was best to draw... I've done maybe 11 drawings today, and started a few more.

Also saw Ant and I think I've got most of the code for this figured out :D
Posted by Unknown at 22:10 No comments:

Also... now that I've finished all the VO and they've been recorded, I've managed to put all the subtitles into the Flash... (well most of them, a few of the interactive parts are subless at the mo)....
They need to be timed in the right places... but they are nearly all in there... I've done the intro already! I kind of feel like I'm getting somewhere with this now, the build is going fairly well... So long as Ant doesn't turn around and tell me to put all the code somewhere externally... I don't think I can take that T_T
Posted by Unknown at 22:07 No comments:

I was talking to a friend of mine today who is studying animation, she was naturally intrigued with the project... and she came up with a very good point:

"Why do I have to choose at the beginning about interactivity? Surely I can choose throughout the piece? I mean there might be some interactive bits I like and some I don't."

A good point, so I'm changing my design based on that... another thing that a tester said to me recently

I think this is another good point, so I'm going to try and think of a way to include a pause and possible a 'skip scene' feature... or a 'previous' if they enjoyed the last scene so much they want to watch it again!

Well I have had a good day of building! I've got the intro, main menu and scene menu done...with sinister animations in the background and everything... even an easter egg! I'm really happy with progress today... especially because I haven't been cutting corners... I am proud
Posted by Unknown at 22:17 No comments:

So I started building the Flash today.... this is the intro screen (It's a bit rough but you get the idea).

Email ThisBlogThis!Share to TwitterShare to FacebookShare to Pinterest
Labels: flash

In other parts of my degree.... 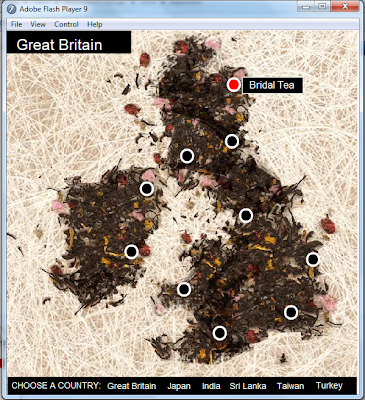 So here is another project I'm doing at the moment, about tea across the UK... making Our beloved country out of tea wasn't easy... but I'm quite happy with the way it's looking right now... :D
Also... I'll be posting so Flash dev of Faustus soon... that'll be fun
Posted by Unknown at 10:23 No comments:

Some drawings take longer than others 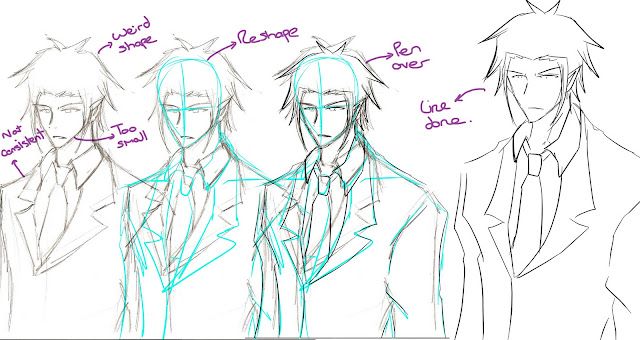 So this is the thing with drawing... you draw it and it looks great... you scan it in and see one million things that are wrong with it... So this is the process of correcting those errors... trying to figure out where you went so wrong in the first place. I'm sure that many people won't even see the things wrong that I see... oh well.
So I've done 30 now! I'm hoping to do 10 every day, that way I'll be finished drawing in a week (just about) but if I can't draw anymore I'll probably start building the Flash, that way I'm still making progress but not drawing.
Also re-recording Faustus next week! Woo and cheering.
Posted by Unknown at 12:12 1 comment: